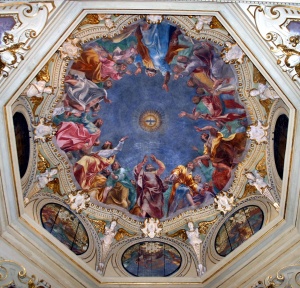 The ability to speak foreign languages

Please use either the English or Portuguese sections of the talk page for debate.

"Language localization (or localisation, in the UK and other Commonwealth countries) (from the English term locale, "a place where something happens or is set") is the second phase of a larger process of product translation and cultural adaptation (for specific countries, regions, or groups) to account for differences in distinct markets, a process known as internationalization and localization. Language localization is not merely a translation activity, because it involves a comprehensive study of the target culture in order to correctly adapt the product to local needs.

The localization process is most generally related to the cultural adaptation and translation of software, video games, and websites, and less frequently to any written translation (which may also involve cultural adaptation processes). Localization can be done for regions or countries where people speak different languages, or where the same language is spoken: for instance, [...], word choices and idioms vary among countries where English is the official language (e.g., in the United States, the United Kingdom, and the Philippines).

As the Localization Industry Standards Association (LISA) explains, globalization "can best be thought of as a cycle rather than a single process". To globalize is to plan the design and development methods for a product in advance, keeping in mind a multicultural audience, in order to avoid increased costs and quality problems, save time, and smooth the localizing effort for each region or country. Localization is an integral part of the overall process called globalization (What, [2010]).

There are two primary technical processes that comprise globalization, internationalization and localization.

The second phase, localization, refers to the actual adaptation of the product for a specific market. The localization phase involves, among other things, the four issues LISA describes as linguistic, physical, business and cultural, and technical issues.

At the end of each phase, testing, including quality assurance, is performed to ensure that [the] product works properly and meets the client's quality expectations.

Localization is often treated as a mere "high-tech translation", but this view does not capture its importance, its complexity or what it encompasses. Though it is sometimes difficult to draw the limits between translation and localization, in general localization addresses significant, non-textual components of products or services. In addition to translation (and, therefore, grammar and spelling issues that vary from place to place where the same language is spoken), the localization process might include adapting graphics; adopting local currencies; using proper forms for dates, addresses and phone numbers; the choices of colors; and many other details, including rethinking the physical structure of a product. All these changes aim to recognize local sensitivities, avoid conflict with local culture and habits, and enter the local market by merging into its needs and desires. For example, localization aims to offer country-specific websites of the same company, or different editions of a book depending on the place it is published.

Suppose someone is working for a company that, until now, has operated exclusively in [Portugal]. However, the company is now opening a major office in [Brazil], and needs a [Brazilian Portuguese]-language website. The company offers the same products and services in both countries, with only some minor differences, but perhaps some of the elements that appeared in the original website targeted at [Portugal] are offensive or upsetting in [Brazil] (use of flags, colors, nationalistic images, songs, etc.). Thus, that company might lose a potential market because of small details of presentation.

Furthermore, this company might need to adapt the product to its new buyers.

Now, suppose instead that this company has major offices in a dozen countries, and needs a specifically-designed website in each of these countries. Before deciding how to localize the website and the products offered in it any given country, a professional in the area might advise the company to create an overall strategy: to globalize the way the organization does business. The company might want to design a framework to codify and support this global strategy. The globalization strategy and the globalization framework would provide uniform guidance for the 12 separate localization efforts."

The following codes should be used:

The syntax of language tags allows for:

"Subtags are not case sensitive, but the specification recommends using the same case as in the Language Subtag Registry, where region subtags are uppercase, script subtags are titlecase and all other subtags are lowercase. This capitalization follows the recommendations of the underlying ISO standards.

The use, interpretation (and matching) of language tags is currently defined in RFC 4647 (in combination with RFC 5646).

The variant subtags are not derived from any other standard (they are registered specifically in the IANA database according to the policy defined in the BCP 47 standard track)."

The IANA database of 2010-08-17 does not include any variant subtags for the Portuguese language.

"No extension subtags have yet been registered for now (they are reserved for future standardization)."

From the IANA database of 2010-08-17, one may conclude that the year could be an appropriate way to distinguish the different Portuguese language orthographies:

Language
Allows you to specify the language in which the site interface will be displayed to you. See Wikipedia:Meta:Help:System messages. There are some limitations: