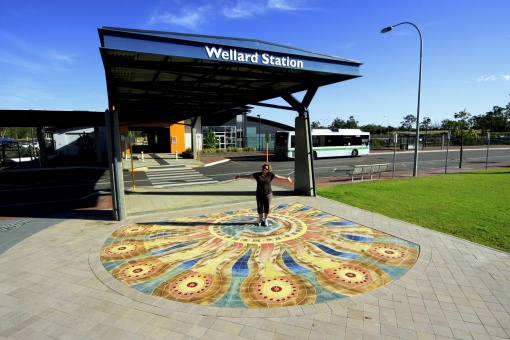 J Shed Art Studio is an Artist Studio in J Shed - Fremantle, Australia.[1][2] The studio specialises in ceramic murals and it is run by Jenny Dawson.

Jenny is a ceramic artist, public artist, designer, teacher, consultant, project co-ordinator and runs a thriving studio in the J Shed harbour precinct in Fremantle Western Australia. Jenny established the J Shed Ceramic Art Studio in 1992 after completing residencies at the Hobart School of Art in Tasmania and at the Deruta Grazia Maiolica workshops in Italy.

Since 1993 she has worked as a team leader or part of an artist’s team on more than 49 major ceramic tiled artworks located in public spaces throughout Western Australia and Interstate.

J Shed was established as working artists studios involved in semi industrial processes in 1992. Fremantle Council provided an upgrade and offered long leases to compensate for financial outlays and set up costs incurred by tenants. The studios are not lined and the eaves are not sealed from external weather.

Jenny Dawson is one of the founding artists of the J Shed (Arthur Kalamaris-Sculptor was the first at J Shed). The studio has provided stable and reliable tenancies at the J Shed paying full market value rents for their studios. The business has been able to grow over time and infiltrate the fabric of Fremantle culture and society. 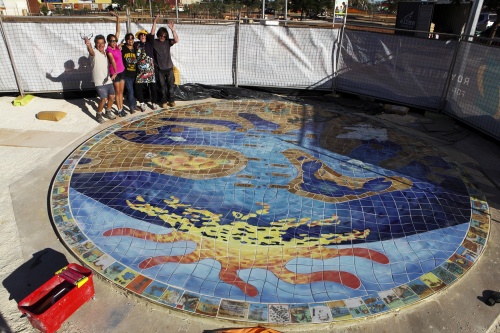 The J Shed Ceramic Art Studio worked on the memorial for the reburial of Yagan.[3] The main artists were Sandra Hill and Jenny Dawson.[4] The works were installed into rammed earth walls at the Memorial created to commemorate the reburial of Yagan's Kaat. The site was opened early in July.

The Yagan Memorial[5] is an artwork created for the City of Swan to honour the memory of Yagan, the son of Midgigoroo and Moyran. The Memorial Park is situated at Lot 39 West Swan Road,[6] Swan Valley, Australia. Yagan was a very important representative of the Beeliar People[7] who was instrumental in trying to forge good working relations with the first white settlers of the Swan River Colony in Western Australia. 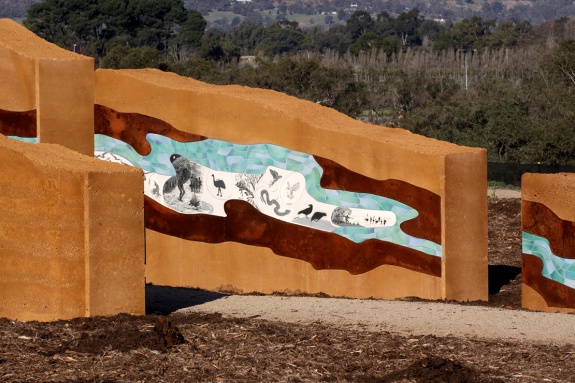 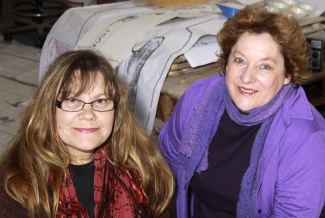 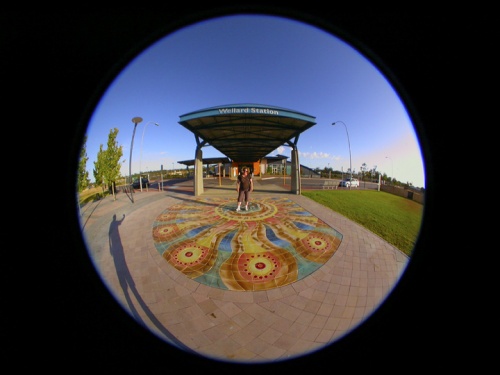 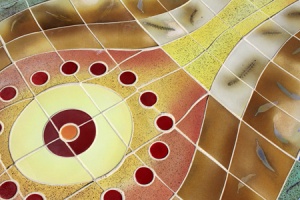 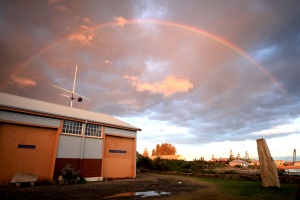 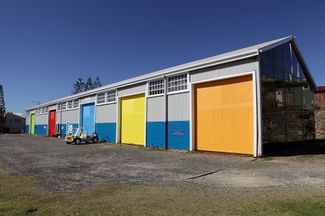 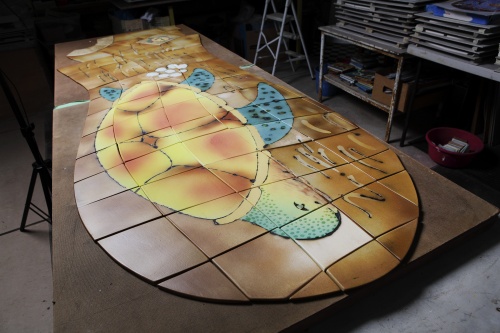