No fair and public hearings on Wikimedia 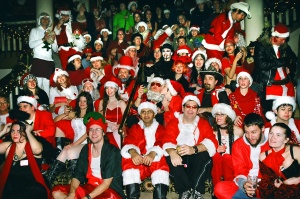 A Meta administrator, having felt embarrassed by a quote of some material from Meta itself[1], and unable to control his anger, went on a rampage of outlandish behavior (Block) in a futile attempt to assert his power and authority, and save face, with the complacency and complicity of like minded sycophants.

After the discussion and all the provocations on that topic, a request to unblock was duly posted.[2] It turned out to be a futile exercise. It was let to linger there for more than two months, leading to the only plausible explanation that the objective was to block the user at all costs, no matter what the reason or its merits. For motives, you'll have to ask those involved. There are people specially trained that could help sort those kind of things. This user does not have the required qualifications.[3]

It is risible that after having failed to handle a request to unblock in a reasonable and timely fashion, so much zeal was taken in declining the unblock request[4] "that already expired."[5] Someone must be delusioning himself and deceiving others, thinking that closing the request when it was no longer relevant will instantly turn all wrongs into rights, just like magic. 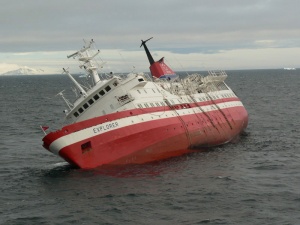 The sinking of the MS Explorer 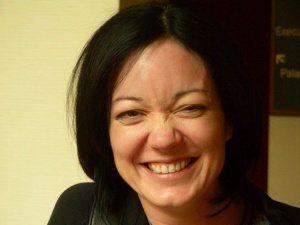 Sue Gardner, Executive Director of the Wikimedia Foundation, by Oscar

I sent a couple of messages that have remained unanswered to this date. They are transcribed below. If you find in them anything that might concern you and the Wikimedia Foundation of which you are the Executive Director, please don't hesitate to contact me. 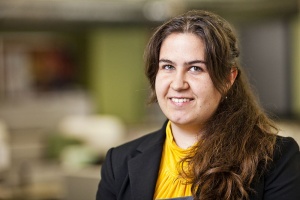 Kat Walsh, then Executive Secretary of the Wikimedia Foundation Board of Trustees.

I regret to have to bring this matter to your attention. Based on the information available on this page "Princípios fundadores" (I believe a localization of this "Founding principles") I wrote the message below to Jimmy Wales. Until now I have not learned of any feedback to that message. The deadline to file an appeal is long past (Dec. 12, at 19:35 UTC) and all my requests to do so (described in the message to Jimmy) have been ignored.

As Executive Secretary of the Wikimedia Foundation Board of Trustees I believe that not only you should be directly informed of this situation but are also best qualified to advise on this matter.

Looking forward to hearing from you, I wish you a Merry Christmas and Happy New Year. 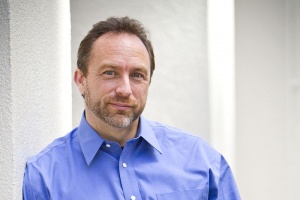 I'm at this very awkward position of having to appeal to you in a matter concerning a decision by the arbitration committee (AC) of the Portuguese Wikipedia (one of the eight that has reached more than a half million articles).

Besides the filing party, I am the only one involved in a controversial arbitration case that dragged on for more than three months. During that time I posted 53 irregularities in the discussion page of the case. The case was closed this past Dec. 9, at 19:13 UTC. According to the AC By-Laws, I have three days, after the case closing, to file an appeal to the Portuguese Wikipedia community. That same evening I considered and drafted an appeal, but could not post it, because the AC final decision blocks me from doing it.

With barely more than 24 hours before the deadline to file my appeal, I see no other alternative but write to you, taking your valuable time, and beg as a special favor something that should be handled through the appropriate channels in the Portuguese Wikipedia.

1) Please ask the AC to unblock me so that I may file my appeal.

2) Please ask the AC to stop the clock and extend the deadline to file my appeal, until I (or you, preferably) have the opportunity to inform the community of these developments, and post my appeal.

3) Once my appeal is posted, the clock will be set in motion again, for 24 hours of discussion in which I will be allowed to participate, and five days of voting. Although my appeal is based on this blatant breach of policy by the AC final decision, preventing me from posting it, according to the AC By-Laws, my appeal needs to obtain at least 20 favorable votes and a 2/3 majority.

If both of these requirements sound to you as easy to obtain in an environment of encyclopedians, think again. I know very little about the Wikipedias in other languages, but besides abysmal problems in its By-Laws, as the present situation illustrates, there is very little coincidence between what is written and what is done in the Portuguese Wikipedia. Don't let the language barrier fool you. There are plenty of people and users that speak both languages. It is your choice to pursue a hands off approach or to foster an environment where the principles in which you believe and should bind how the Portuguese Wikipedia is run, can thrive and be a source of inspiration for many of younger generations. If I can ever be of service to those principles, please let me know.

Please let me know if you need any other further information.

On December 10, 1948 the General Assembly of the United Nations adopted and proclaimed the Universal Declaration of Human Rights [...]. Following this historic act the Assembly called upon all Member countries to publicize the text of the Declaration and "to cause it to be disseminated, displayed, read and expounded principally in schools and other educational institutions, without distinction based on the political status of countries or territories."[6]