The Grand Donors are individuals who contribute more than $1,000 of their own money to the Wikimedia Foundation. The 2007 fund drive to monetize the 2008 budget includes allocations of:

Only four percent of the Wikimedia budget goes toward "Program Services" which are supposed to be the inspirational intentions of any well-meaning non-profit agency.

Click here for the source of the following data.

"I use wikipedia almost every day. Best project on earth - keep it up!" Haven't we seen you moblogging, Joi?

4. Anonymous - $1,000
This one decided to be really anonymous, with no hash function.

5. Michael Minor - $10,000
There are lots of guys with the name "Michael Minor", but we're going to assume it's this one, until proven otherwise. A leading creative and Internet marketing designer in the Chicago area. He has worked with large national advertising and design agencies such as Leo Burnett and Ogilvy. 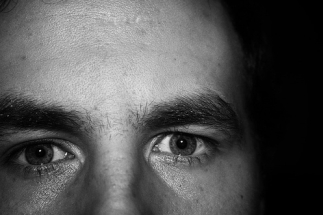 "Information should be free and accessible!"

Well, actually, its not that Michael Minor. Nor is it the guy that helped create the starship Enterprise for the first Star Trek movie. Nor is it the Tacoma area truck driver and skydiver. Instead, it is me, the founder of good.net.
I am not a billionaire who currently lives in Greenland, Ohio as previously stated on wikipedia.

6. Anonymous - $2,000
Unwilling to leave a name, since $2,000 is what a typical cotton farm family of 10 persons would earn in a whole year in Chad, Benin, or Mali, according to OxFam. Better that this money go to an encyclopedia that might help North Africans more fully understand their role in the History of western Eurasia.

7. John Dash - $1,000
There are two notable men by the name of "John Dash". Which one would be pumping $1,000 off to the Wikimedia Foundation? The church pastor who founded the New Beginning World Outreach...

Or, the Physics professor from Portland State University who thinks cold fusion will work someday...

Being that Wikipedia is managed in a half-crazy manner, and cold fusion is another half-crazy idea out of Utah, we're guessing this donor is the physicist.

"The future potential of Wikipedia for humanity may manifest positively only if the quality of information is upheld!"

Too bad your $1,000 isn't going to help uphold the quality of information in Wikipedia, considering how it's the encyclopedia anyone can ruin.

10. Andrew MacMillan - $3,000
There are too many guys with the name "Andrew MacMillan" to identify this one. One thing is certain, Spelling is one of the important powers of education that bypassed this MacMillan.

"Thx. education is the most important of all. comtinue to educate and enlighten people with the power attatined from education. and find ways to innovatively expand. You will always have your core, whi"

12. Robert Keeley - $1,500
Could be the British composer. Nah! We're guessing it's either a guy who makes guitar effects pedals:

Or, it's the professor emeritus at University of Colorado at Colorado Springs who has research interests in Venture Capital, Management of New Ventures, and Management of Technology Based Companies. Jimbo's probably hoodwinked him about how great an investment Wikia, Inc. is.

"May this information stream reach many new people."
But what if the stream is amber-hued and body-temperature, dude?

"you make my brain 2^10 times smarter"
The above high-quality image is provided courtesy of the encyclopedia project that has immortalized Max Levchin in its own pages.

14. Anonymous - $1,000
"Learning enriches all our lives and can bring peace and security to almost seven billion 'smart monkeys' You create the most powerful tool for learning on our small simple planet."
Fairly obvious why someone wouldn't want to sign their name to that hogwash.

16. Max Pucher - $1,000
This makes two Maxes donating big bucks to Wikipedia. Max J. Pucher was born 1954 in Austria. His parents knew that trouble lay ahead when he built his first black-powder rocket that actually flew at age twelve. It exploded just two feet above his head. College educated to design electrical power plants, he joined IBM for unknown reasons to work in large-scale computing, which he knew nothing about at the time. He and his wife of 25 years, Annemarie, have lived in the 80's in the Middle East, where his unique interest and insight into religious conflict was shaped. In 1988, they started their own software business and its continuing success still keeps them both travelling the globe. After working in the United States during the Internet mania, they now live on Antigua in the West Indies.

18. Anonymous - $1,113.38
The first non-US-dollar donor, this anonymous contributor ponied up 750 Euros. His or her crazy statement was something about erasing a debt and that the butterfly thanks Wikipedia. In French: "Effacer une dette somme + cube a E.C le papillon Merci Wikipédia"

21. Ruthann Harnisch - $1,000
After retiring from her journalism career (including a stint at WTVF), she chaired the board of More Than Money, a national nonprofit assisting top wealth-holders to put their money where their values are. She may be the sexiest Grand Donor to the Wikimedia Foundation, ever.

"With thanks to all who make Wikipedia possible"

22. M. Amy Batchelor - $1,000
Co-founder of the Anchor Point Gift Fund in Boulder, Colorado, along with husband Bradley Feld, who is managing director of Mobius Venture Capital and author of "Feld Thoughts".

23. Lawrence Lessig - $1,000
Best known as a proponent of reduced legal restrictions on copyright, trademark, and radio frequency spectrum, particularly in technology applications. He is Jimmy Wales' newest buddy as Wikipedia seeks to corrupt the GFDL license into something the Creative Commons license can tolerate. Lessig is the founder of Creative Commons. Lessig must think Jimbo is one big headache:

25. Brooke Burgess - $4,000
Holy moley -- four grand! We think that Burgess is a former video game producer, but for four grand, he must be wanting to advertise something besides his past career in video games, right? "Ubermind, Inc."
Ah, that explains it. He's probably a part of the Ubermind consultancy now.