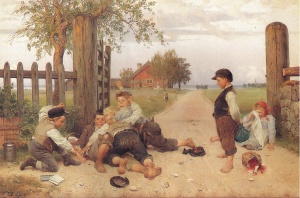 The following exchange took place here and is transcribed minus some "noise."

A matter of human rights

Editing on Wikimedia projects has been very easy. I have had the privileged of editing with 110 students and still counting. I haven't been as successful dealing with administrators and so on.

A little more than a year ago I mailed you a personal appeal for assistance on a problem I was having on one project. This time I'm posting this message publicly because I believe that this is a matter of our common and general interest.

From my own experience and observation, the respect of administrators for the human rights of the editors, across many wikis, leaves much to be desired. This is a serious problem that needs to be addressed effectively by the Wikimedia Foundation before it assumes more serious proportions.

I would like to know if you would welcome and support my participation in that effort within the Wikimedia community.

Virgilio, I think I'll have to echo the request of others. Could you explain to me specifically and briefly just what you are talking about? Speaking of human rights violations is a fairly extreme thing to do, and I'm pretty sure that admins aren't in a position to actually violate anyone's human rights. (Some might say that through page protection and blocks, they may violate the freedom of speech, but such a claim seriously misunderstands what the freedom of speech is all about.)
At the same time, of course if we turn the drama down a bit, it is always possible that admins on a particular project are pursuing unwise policies, or that you have personally been treated unfairly in some way. My ability to assist with that sort of thing is generally strictly in an advisory capacity, and also naturally limited wherever I have an inability to speak the language. I am often able, though, to facilitate a productive conversation that make go some distance towards healing a problem.--Jimbo Wales (talk) 08:44, 18 January 2011 (UTC)

Thank you so much for your kind message. We agree that this is a serious matter and I appreciate you taking the time to look into it. I have no legal training. That's why my question was only if you would welcome and support my participation in an effort by the Wikimedia Foundation to address this problem effectively, within the Wikimedia community. Your message sounds like "Maybe, if..." and I consider that very encouraging.

What I gathered from my experience and observations is that just a cursory reading of the Universal Declaration of Human Rights[1] is enough to realize that people on Wikimedia projects have the utmost contempt for them. One does not need to go any further than the comments above, in stark contrast with yours, to have an indication that it is so. I´ll excuse myself from answering directly any of them. This is no laughing matter, and some answers are provided in this comment anyway.

There's no "recognition of the inherent dignity and of the equal and inalienable rights of all members of the human family [as] the foundation of freedom, justice and peace," there is "disregard and contempt for human rights [...] result[ing] in barbarous acts which have outraged the conscience of mankind, and the advent of a world in which human beings shall enjoy freedom of speech and belief [as] freedom from fear and want has been proclaimed as the highest aspiration of the common people," that "it is essential, if man is not to be compelled to have recourse, as a last resort, to rebellion against tyranny and oppression, that human rights should be protected [...]." There are gross violations of Articles 1, 2, 5, 6, 7, 9, 10, 11, 12, 19, 21, 29 and 30 (out of 30): "Nothing in this Declaration may be interpreted as implying for any State, group or person any right to engage in any activity or to perform any act aimed at the destruction of any of the rights and freedoms set forth herein." Article 30 explains why these rights do apply here, to each and every user. Except for bots, we are all human beings.

Please forgive me for not providing any evidence here, but I'm trying to keep this message short, and that would require a proper venue, maybe lead by a fact finding working group or commission that would, as soon as possible, produce a report to the Foundation. That is however just an idea out of the top of my head. What is important is your willingness "to facilitate a productive conversation that ma[y] go some distance towards healing a problem." If you lead, I'll do my best to follow.

Virgilio, your accusations are outrageous and false to the point of making no coherent sense whatsoever. No one is violating anyone's human rights on Wikipedia. Please stop wasting people's time.--Jimbo Wales (talk) 11:16, 19 January 2011 (UTC)

I disagree. Wikipedia is not only an important innovation in the distribution of knowledge; it is an important experiment in self governance of communities of interest. I think a measured study of the implications of the Universal Declaration of Human Rights for Wikipedia is well worth commissioning. --Anthonyhcole (talk) 11:56, 19 January 2011 (UTC)

What??? Have you read it???? It was written because of people gassing others, butchering others, sending others to gulags, and raping them in front of their children! Go to Rwanda or Srebrenica and then come back with some clue. Choyoołʼįįhí:Seb az86556 > haneʼ 12:05, 19 January 2011 (UTC)

Although some of the articles relate to freedom from torture, right to employment, etc, rights we are unlikely ever to need to enforce at Wikipedia, some are applicable to this community. It is a community. It does have governance, and a penal system where the penalty is exile. --Anthonyhcole (talk) 12:37, 19 January 2011 (UTC)

To compare not being able to edit on wikimedia projects to breaches of human rights trivialises the issue of human rights. It is an arugument that diminishes those who put it forward and is best dropped. 62.25.109.195 (talk) 13:20, 19 January 2011 (UTC)
That's something of an over-dramatic way to phrase it. Your statement is true in the same way that "Microsoft is a community. It does have governance, and a penal system where the penalty is exile." is true. Organizations – large and small, governmental, commercial, or volunteer – will all ask members or employees to leave if those individuals are working at cross-purposes to the goals of the group. Call it 'exile' if you want, but that's really over the top — as were Vapmachado's comparisons to cruel and unusual punishment or denial of a human being's status as a person in the UDHR. (Indeed, Wikipedia tends to be much more tolerant of individuals who act counterproductively and waste the time of their fellow editors than most organizations, and our 'exile' is very porous — one can return from it at any time by filling out a new name tag and ceasing to do whatever obnoxious thing led one to be banned in the first place.)
Wikipedia is explicitly not a democracy; it is a charitable organization that is building a free encyclopedia. While that goal is sometimes furthered by adopting principles reflecting the spirit of portions of the UDHR – we offer 'freedom of speech' insofar as it includes the ability to have open civil discussion of reasonable duration on topics related to article writing, for instance, and admins tend to come down brutally hard (as appropriate) on editors who discriminate against their fellows on the basis of race, religion, gender, or sexual orientation – Wikipedia is not and should not be mistaken for a government or legal system, any more than the Red Cross or IBM should. Ultimately, our policies are driven by a desire to produce a better encyclopedia; that's the bottom line. Government is for the politicians. TenOfAllTrades(talk) 15:22, 19 January 2011 (UTC)

I implied above that parts of the declaration could or should be enforced on Wikipedia. Sorry. That was careless. I simply mean the declaration could be used as a standard against which to measure the way individuals fare in any community with governance and penalties. I'm not commenting on Virgilio's position, but on Jimbo's point that applying the UDHR to Wikipedia would be a waste of time. (My personal experience here has been very positive.) --Anthonyhcole (talk) 02:01, 20 January 2011 (UTC)