The QUINN group is a business group headquartered in Derrylin, County Fermanagh, Northern Ireland. The privately owned group is one of Ireland's most successful companies, it has ventured into cement and concrete products, container glass, general insurance, radiators, plastics, hotels and real estate. It was formed by its Chairman Sean Quinn in 1973, developing from a small quarrying operation in Derrylin into the large organization, employing over 7,000 people in various locations throughout Europe.

Since 2004 the Group has seen great expansion throughout Europe. With radiator and plastic manufacturing plants in the United Kingdom, Germany, Belgium, France, Spain and Slovakia. The QUINN group property portfolio also includes hotel and business centres in Poland, Bulgaria, Ukraine, Turkey and Russia. Quinn-direct Insurance has commenced trading in Belgium and the Netherlands and work is currently underway on a new chemical facility in Leuna, Germany. Its first venture into the cement industry was in 1989. Its general insurance arm, QUINN-direct in was launched in 1996. The commissioning of its first container glass plant was in 1998 and the acquisition of the health insurer BUPA [1] Ireland took place in 2007.

The manufacturing division's main activities are the manufacture and supply of cement and concrete products including, rooftiles, prestress flooring, Quinn-lite blocks, polystyrene insulation products, tarmac and general quarry products. QUINN Quarries are involved in the extraction and processing of sand and gravel since the 1970's,[2] the Quarries Division of the Group still produces these products today. Quarry stone, washed sand, gravel, ready mixed concrete and concrete blocks are all produced at Quinn plants. The second quarry in Williamstown, Co. Galway was founded in 1977 to supply Galway and the surrounding counties with quarry and concrete products.

QUINN Rooftiles commenced production in 1982 with a purpose built factory at Gortmullen, Derrylin. This first plant was commissioned in 1982. However due to market demand a new factory built on the existing site commenced production in 2001 and was expanded again in 2005. Quinn Rooftiles maybe considered as a major supplier to the construction sector throughout Ireland. QUINN Prestress began producing prestressed concrete products in 1984. All of these products are used in a range of domestic and industrial building applications.[3] QUINN Lite produces lightweight thermal blocks. The blocks are for use in the construction internal and external walls above and inner and outer leaves of cavity walls. QUINN Lite Pac, Granard, Co. Longford was founded in 1975 to produce and distribute expanded polystyrene thermal insulation products for the construction industry. The product is an expanded polystyrene board for insulating floors. A large proportion of this product is used in the insulation of commercial,industrial and domestic buildings.

QUINN Therm, at Scotchtown, Ballyconnell, Co. Cavan was commissioned in October 2004 to produce and distribute rigid polyurethane thermal insulation products for the Irish and UK market. Quinn Therm produces rigid foam board for cavity wall insulation. QUINN Tarmac was established in 1994 to produce a range of blacktop products. QUINN Cement has been in production since 1989 at its Derrylin site using local raw material from the quarry facilities.[4] Given the increasing demand generated from the construction sector over the years, a second plant was commissioned in 2000 in the northern part of the Irish Republic, outside the small town of Ballyconnell and close to the Northern Ireland border[5].

QUINN Chemicals is currently constructing a plant to manufacture methylmethacrylate (MMA) in Leuna in eastern Germany. The MMA plant is scheduled to start production in 2009. At full capacity, the new plant will produce approximately 100,000 tonnes of MMA a year for the world market. The plant will produce many different products including glazing, sanitary products, lightning, display, and household goods.[11]

QUINN Packaging (trading as Barlo Packaging until 2004) has been servicing the food industry with rigid packaging since the 1980’s from its plant in Newbridge, when the dairy spreads / yellow fats markets initially emerged.[12]. Quinn packaging also has a factory in Ballyconnell, built in 2006, that produces food trays, film and thin gauge sheet for the food packaging industry. 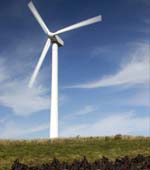 As a large user of electricity within its manuacturing base, QUINN Power constructed a five mega-watt wind farm in 1995 on the Slieve Rushen Mountain, which nestles behind the core-manufacturing base of the Group at Derrylin. This was further complemented in 2004 by the addition of a 13.5 mega-watt wind farm at Snugborough, Ballyconnell, Co. Cavan[13]. The power generated is fed into the National Grid. The Group is in the planning stages of further developments in this area [14].

In 1998, the Quinn Group moved into the container glass market, with the establishment of QUINN Glass, which manufactures glass containers for the food and beverage industries with operations in Ireland and the UK.[15] The first plant went into production at the end of 1998 producing a full range of flint, green and amber containers. The plant is based in Derrylin and employs over 370 staff with an annual production capacity of 720 million containers. This is expected to increase to 830 millions units in 2008 with the completion of a furnace rebuild at the plant. Quinn Glass are one of only a handful of plants worldwide where bottles can be manufactured and filled on a single site, it features one of the largest automated warehouses in Europe, capable of handling 282,000 pallets of filled and unfilled glass containers.[16] In 2005, Quinn Glass expanded, and built a second plant at Elton, Cheshire creating over 550 new jobs[17]. The glass container plant in Elton is one of the most sophisticated in the world, producing 20 percent of glass container requirements in the UK[18]. The site provides a comprehensive glass packaging, filling and distribution service for the drinks industry. The facilities at the plant include a beverage filling hall, warehousing, two glass melting furnaces and 13 production lines. The capacity of the second plant is currently 1.2 billion units[19], with production capacity of both plants estimated to be 2.4 billion units in 2008. The plant has five lines capable of bottling a total of 400 bottles of wine, or 1,000 bottles of beer a minute. Having manufacturing and bottling on the same site can reduce costs and keep prices competitive. By offering bottling services, there is the potential for glass makers to win more business as an overflow plant in times of high demand, and it is as a contract packing operation that the greatest benefits from bottling lines are likely to be had[20].

QUINN Radiators is one of Europe's leading producers of domestic and specification radiators with production facilities in Ireland, the UK and Belgium. The production facility in Leigh in the UK produces the 'roundtop' range whilst the production facility in Grobbendonk, Belgium, produces the 'compact' range. The division's interest in the specification radiator market is represented through the Merriott brand based in Clonmel, Co. Tipperary, Ireland [21]. In May 2004, the Quinn Group acquired the Barlo Group, this led to the announcement of the formation of Quinn Radiators on January 1st 2005 [22]. At the start of 2007, a new radiator facility went into production in Newport, South Wales. This major investment will create the most modern and efficient radiator plant in the world, with the creation of nearly 500 jobs [23]. Not only will this Quinn plant be the largest domestic radiator plant in the world, but the site will also host the company's European HQ operation for the division. Quinn Radiators plans to reach production of four million radiators a year at its new European headquarters in South Wales by 2008 [24].

QUINN Direct Insurance Limited is an Irish based general insurance company that was established in 1996 by the Quinn Group[25]. The company’s Head Office is based on the Dublin Road, County Cavan, and employs over 1700 staff at offices in Cavan, Enniskillen, Dublin and Manchester. Quinn Direct is the only indigenous insurance company operating on the island (many of the players in the insurance market, both in Northern Ireland and Ireland are subdivisions of larger multinationals) [26]. The company’s main business lies in the provision of a range of general insurance products including private motor, home, liability and commercial property insurance.Quinn Direct has currently over 700,000 customers and is the second largest insurer in the Irish Insurance market[27]. After its inception in 1996, the company expanded and opened an office on O’Connoll Street in Dublin in 1997. Also, in March 2003 the Minister with responsibility for Enterprise, Trade and Investment, Ian Pearson announced the opening of the new offices in Enniskillen [28].

This was followed by the announcement of the purchase of an 11 storey office block in Blanchardstown in April 2003[29], with the subsequent official opening of the Q Centre by Taoiseach Bertie Ahern in September 2004. The company since moved into the UK Commercial business, where it has been operating through its Salford Quays office in Manchester since 2003.On the 31st August 2006, the minister for Enterprise, Trade & Employment, Micheál Martin, announced the creation of 1000 new jobs with the development of a new office facility in Navan, County Meath[30]. Quinn Direct has currently over 700,000 customers and is the second largest insurer in the Irish Insurance market[31].

QUINN Life, Launched in January 2000 [32], its Head Office is based on the Dublin Road, County Cavan. Quinn Life offers financial services to customers in Northern Ireland and the Republic of Ireland, and the company’s business includes investments, savings, pensions and retirement plans. QUINN-life offers pensions and savings under the Freeway brand. [33].

In February 2007, QUINN Healthcare entered the Irish health insurance market with the completion of its takeover of BUPA Ireland Limited's business. The new company will be known as Quinn Healthcare and will continue to be based in Fermoy County Cork [34]. The newly formed QUINN-healthcare operation now employs over 300 personnel and has a membership base of 445,000 [35].

The Quinn Group currently have nine hotels located throughout Ireland, the UK and Europe.[36] The list hotels in the Quinn Hotels portfolio includes the Slieve Russell, Buswells Hotel, one of the oldest Dublin city centre hotels, comprised of five Georgian townhouses. The hotel has operated since 1882 and is located next to the Dáil (Irish Parliament). The Belfry Hotel in the English countryside in Wishaw. The Belfry is famous worldwide for its links with The Ryder Cup. The Belfry is also the UK headquarters for the PGA and home to the Quinn Direct British Masters. The Holiday Inn Nottingham is a three star hotel with 128 bedrooms and has recently undergone a two million pound refurbishment. The Crowne Plaza is located in Cambridge, close to the colleges of Cambridge University and has 198 bedrooms. The IBIS Hotel in Prague consists of 226 bedrooms. The Hilton Hotel in Prague is a five star hotel located on the right bank of the Vltava River. The hotel consists of 788 en-suite guest rooms. The Quinn Group also operate a number of public houses including; the Cat and Cage, Messrs Maguire, Q-Bar, the Shamrock Lodge, and Barge Inn all in Dublin, as well as Quinn's, in Cambridge. The group also own the Iveagh Fitness Club, originally built as the Iveagh Trust Baths in 1905.

QUINN Property is a division of the international Quinn Group which specialise in the development and management of commercial real-estate, for lease in a number of markets across Europe.[37] The Quinn Group is also considering investment in India, and is about to open an office in the country. It is considering several locations, but is expected to opt for Hyderabad, which is regarded as an up-and-coming location for high-tech multinationals.[38] Current properties in the Quinn portfolio include, the Leonardo Business Centre and Univermag shopping centre in Ukraine, the Kutuzoff Tower and Caspiy Business Centre in Moscow, Kazan Logistics Park in Kazan, the Prestige Mall in Istanbul, Turkey and the Russian DIY store Stroiarsenal in Yekaterinburg.