Today is January 7, 2010. I received this e-mail from an organization obviously trying to "keep in touch" with its members, affiliates, and prospect list. I don't want stuff like this filling my business inbox. Believe me, I know it's the New Year. We're a week into it. And the December 2009 calendar isn't providing a whole lot of utility now. 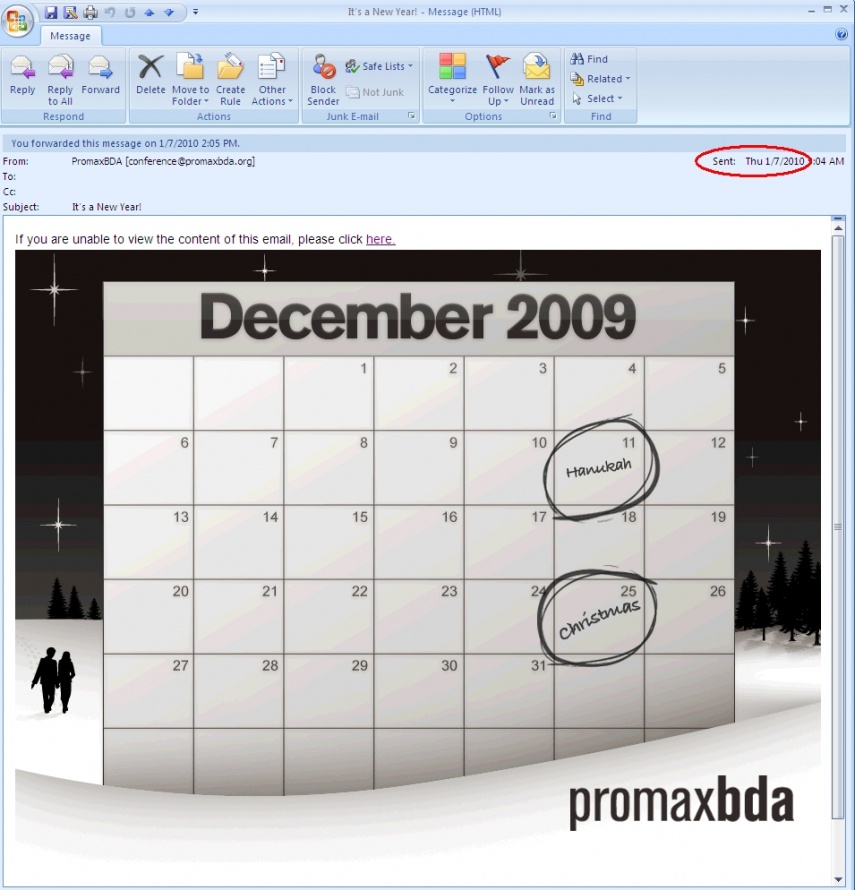 Now, I don't mean to be too harsh on the folks at Promax BDA. Their intention was that their animated GIF image (downloaded here) would render itself to the recipient in an animated fashion. However, it didn't seem to do that in Microsoft Outlook, as the screen shot above shows. The animated GIF is an admittedly better communication device, but not by much, and I still don't want stuff like that filling my business inbox.

One thing I will hand to the ownership at Promax BDA... they certainly seem to know how to hire a highly attractive management staff!

P.S. I'm friends with one of their Board members, so this is all in good fun (and process improvement). ;-)