Golf is a sport in which individual players or teams hit a golf ball into a hole using various clubs, and also is one of the few ball games that does not use a fixed standard playing area. It is defined in the Rules of Golf as "playing a ball with a club from the teeing ground into the hole by a stroke or successive strokes in accordance with the Rules." 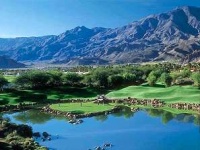 Golf, in essentially the form we know today, has been played on Scotland's Musselburgh Links since at least 1672, while variations of the game had been played throughout the British Isles and the Low Countries of northern Europe for several centuries before that.