MyWikiBiz, Author Your Legacy — Saturday May 21, 2022
(Redirected from Fausto Veranzio)
Jump to navigationJump to search

This is about Wikipedia's article on Fausto Veranzio. 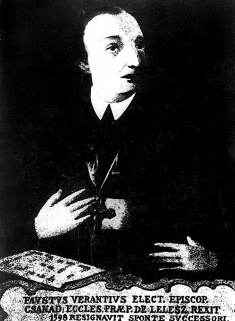 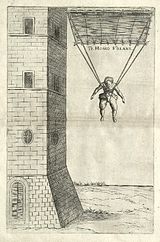 Fausto Veranzio is another article on Wikipedia that exhibits nationalistic editing. Fausto Veranzio (or Faust Vrančić in modern Croatian) [1][2] is an individual with a Dalmatian heritage.[3] He was historically a citizen of the Republic of Venice. [4]

Fausto was born in Šibenik [5][6] circa 1551 in Dalmatia, then a region of the Republic of Venice in todays modern Croatia. Dalmatia as a province, dates back to the Roman Empire [7] and is several centuries older than Croatia itself. In the 19th century Dalmatia became a province of the Austro-Hungarian Empire (Kingdom of Dalmatia). Dalmatian as a region has a very multicultural and multiethnic history.

Fausto was a brilliant scientist in his day and is noted for his invention of the parachute.

It must be stated as a fact that:

In 1617, (then sixty-five years old) he implemented his design and tested the parachute by jumping from St Mark's Campanile in Venice. The 17th century Brooklyn Tidal Mill in Long Island (New York), is based on his design and is one of the few still standing mills in the New York City area. 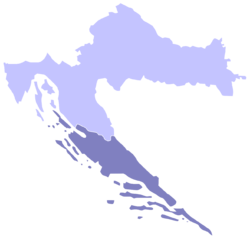 Strange doubling up happening in this encyclopaedic article. 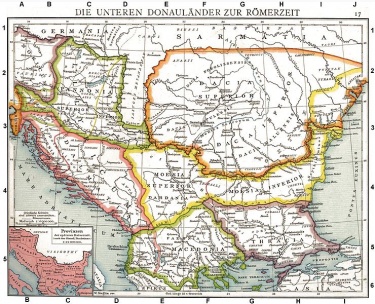 The Roman province of Dalmatia (pink color) in the Western Roman Empire. 476 AD 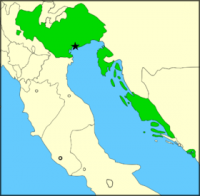 Republic of Venice-1796 (Created by MapMaster)

Dalmatia is a region of Europe with a very multicultural and multiethnic history.It was named by the Romans after the Dalmatae (or Delmatae) Illyrian tribes [14] who inhabited the region.

Note: "Ladislas, born 1377 in Naples Italy—died in 1414, Naples. Ladislas was the king of Naples, from 1386 claimant to the throne of Hungary from 1390, and prince of Taranto from 1406. He became a skilled political and military leader, taking advantage of power struggles on the Italian peninsula to greatly expand his kingdom and his power)." [17] Taken from Encyclopedia Britannica.

Andrew Archibald Paton (1811-1874) was a British diplomat and writer from the 19 century. In 1861 he wrote in his; Researches on the Danube and the Adriatic: Or, Contributions to the Modern:

Sir John Gardner Wilkinson (1797 – 1875) was an English traveller, writer and pioneer Egyptologist of the 19th century. He is often referred to as "the Father of British Egyptology". He was in Dubrovnik (then called Ragusa) in 1848, he wrote in his; Dalmatia and Montenegro: With a Journey to Mostar in Herzegovina.Volume 1: 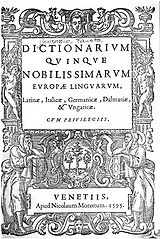 More on nationalistic editing on Wikipedia.

The case of Francesco Patrizi, the Venetian philosopher, is an illustration of the nationalistic warfare that is part of Wikipedia, and the inaccuracy, falsehood and bias that follows as a result.