South Carolina is a state of the southeast United States bordering on the Atlantic Ocean. It was admitted as one of the original Thirteen Colonies in 1788. First visited by Spanish explorers in the early 1500s, the region was granted by Charles II of England to eight of his principal supporters in 1663. The territory was divided into the colonies of North Carolina and South Carolina in 1729. South Carolina was the first state to secede from the Union (1860), thus precipitating the Civil War. Columbia is the capital and the largest city. Population: 4,250,000. 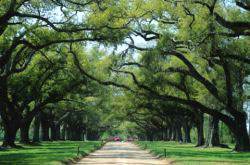 Following exploration of the coast in 1521 by Francisco de Gordillo, the Spanish tried unsuccessfully to establish a colony near present-day Georgetown in 1526 and the French also failed to colonize Parris Island near Fort Royal in 1562.

The first English settlement was made in 1670 at Albemarle Point on the Ashley River, but poor conditions drove the settlers to the site of Charleston (originally called Charles Town). South Carolina, officially separated from North Carolina in 1729, was the scene of extensive military action during the Revolution and again during the Civil War. The Civil War began in 1861 as South Carolina troops fired on federal Fort Sumter in Charleston Harbor and the state was the first to secede from the Union.

One of the thirteen original colonies, South Carolina has had a rich and varied history. When Spanish and French explorers arrived in the area in the 16th century, they found a land inhabited by many small tribes of Native Americans, the largest of which were the Cherokees and the Catawbas. The first European attempts at settlement failed, but in 1670 a permanent English settlement was established on the coast near present day Charleston. The colony, named Carolina after King Charles I, was divided in 1710 into South Carolina and North Carolina. Settlers from the British Isles, France, and other parts of Europe built plantations throughout the coastal lowcountry, growing profitable crops of rice and indigo. African slaves were brought into the colony in large numbers to provide labor for the plantations, and by 1720 they formed the majority of the population. The port city of Charleston became an important center of commerce and culture. The interior or upcountry, meanwhile, was being slowly settled by small farmers and traders, who pushed the dwindling tribes of Native Americans to the west.

By the time of the American Revolution, South Carolina was one of the richest colonies in America. Its merchants and planters formed a strong governing class, contributing many leaders to the fight for independence. More Revolutionary War battles and skirmishes were fought in South Carolina than any other state, including major engagements at Sullivan's Island, Camden, Kings Mountain , and Cowpens. South Carolina ratified the United States Constitution on May 23, 1788, becoming the eighth state to enter the union.

In the following years the state grew and prospered. With the invention of the cotton gin, cotton became a major crop, particularly in the upcountry. A new capital city, Columbia , was founded in the center of the state, reducing somewhat the political power of the lowcountry elite. Dissatisfaction with the federal government and its tariff policies grew during this period, however. In the 1820s South Carolinian John C. Calhoun developed the theory of nullification, by which a state could reject any federal law it considered to be a violation of its rights. Armed conflict was avoided during this period, but by 1860 tensions between the state and the federal government reached a climax. Unhappy over restrictions on free trade and about calls for the abolition of slavery, South Carolina seceded from the union on December 20, 1860, the first of the Southern states to do so. When Confederate troops fired on Fort Sumter in Charleston Harbor on April 12, 1861, the nation plunged into Civil War.

The Civil War and its aftermath were devastating for South Carolina. The state lost nearly one fifth of the white male population, and its economy was shattered. The final blow came in early 1865 when General William T. Sherman marched his troops through South Carolina, burning plantations and most of the city of Columbia. The Reconstruction period that followed the war was marked by general economic, social, and political upheaval. The former white leaders found themselves without money or political power, while the large population of freed slaves sought to improve their economic and political positions. When federal troops were withdrawn in 1877, white conservatives led by Governor Wade Hampton were able to take control of state government once again. The economy continued to suffer in the years that followed, however. Cotton prices were low, and the plantation system that had brought South Carolina such wealth was dead. Populist reforms in the 1890s brought more political power to small white farmers, but African Americans were disenfranchised and increasingly segregated.

By the beginning of the 20th century, South Carolina was starting to recover economically. The textile industry began to develop first, then in the years that followed other manufacturers moved into the state, providing jobs and economic stability. In recent years tourism has become a major industry, as travelers discovered the state's beaches and mountains. On September 21, 1989 Hurricane Hugo struck the coast, causing great damage to homes, businesses, and natural areas, but the state has made a remarkable recovery in the ensuing years. The second half of the 20th century also brought enormous change in the status of black South Carolinians. The civil rights movement of the 1960s brought a relatively peaceful end to segregation and legal discrimination. The most serious incident of this period occurred in 1968 at Orangeburg, where three black protesters were shot by state police. Two years later three African Americans were elected to the state legislature, and many others have subsequently served in state and local offices. As the century drew to a close, all of South Carolina's citizens were able to participate in the state's government and economy.