Charles Dukwe is Africa’s, leading social entrepreneur and founder of its largest independent development machinery. The highly philosophical business mogul is the author and most vocal advocate of compassionate capitalism in the world. He is the founder and President of UCA as well as the chairman of UK4Africa, 11pillars4infrastructure and the Farmers Club. He is the patron or grand patron of countless charity organizations and associations sponsoring thousands of initiatives to help the people in dire need.

Charles Dukwe was born on October 5th, 1973 in Akure, Ondo State in the Federal Republic of Nigeria to the Ndukwe family of Ovim just at a time when the country was healing from the Biafra civil war. He is a first born in a family of five. He attended the Constitution Crescent Primary School in Aba, Abia State where he is on record as having been one of the most intelligent pupils in school. He was far much above average in class and received numerous awards in school. His academic prowess and intellectual endowment earned him admission into Federal Government College Okigwe. He is on record as having scored the highest marks in Nigeria in 1985. The chick that will grow into a cock can be spotted the very day it hatches as the Igbo say and this was the case with Charles Dukwe. In school he held various leadership positions; he was the President of the drama club, vice-President of the press club, secretary of the literary and debate society. It was during this stage in life that he wrote his first play, ‘When the Samba Broke’ at a tender age of sixteen! He moved on to further write another book ‘Wait Until Dawn’ at the age of 19. Determination knows no barrier and Charles Dukwe excelled and got an admission to Enugu State University of Science and Technology to undertake a Bachelor’s Degree in Marketing Management. He had offers to study medicine but declined since has preferred business, a decision that has paid off. His dissertation has been hailed as innovate and was lauded by none other than Professor Udeagha, Nigeria’s first professor in marketing who termed the thesis ‘Incredible and Astonishing’. This was three years before the world’s first professor for marketing management, Philip Kotler, agreed to the concept of marketing for non-profits in his later book.

After his four years of sojourn in the United Kingdom, Charles Dukwe moved to the United States where he became a corporate strategist providing business strategic intelligence to more than 100 American companies in over 27 industries in a career spanning a little over 8 years. His hard work, intellect, commitment and dedication were more profound during this era as Charles Dukwe did his assignments passionately with zeal, zest and vigor. His writing and oratory skills as well have his passion for transformational leadership earned him a place in the Barack Obama campaign trail in 2008. This forced him to take a temporary break from the business world which he loved and venture in the world of politics in the United States. This came at a time when a black was just on the verge of winning the Democratic Party ticket to contest for the presidency of the United States of America. Charles Dukwe displayed his dynamism and a special but strange ability to connect his strategic business intelligence to politics. He was the architect behind the highly cherished poem-‘Obama Soldier’-which spoke volumes about the little known law graduate. Charles Dukwe appealed to his fellow blacks in America to elect one of their own so that issues of racial discrimination could be kicked out of the society. Charles Dukwe’s interests in corporate consulting and strategy improved during his 8 years in the field practicing. This led him to conduct a personal resource consuming research on the power of the private sector in the alleviation of poverty in Africa. The research however proved difficult, tedious, and tiresome and time consuming. It was during this time that Charles Dukwe has innovated many empowerment programs that would lead in the positive development of Africa. He went ahead to create the theme ‘United Citizens of Africa’ as a vehicle to deliver the innovations. United Citizens of Africa (UCA) runs as a parallel institution to the African union (AU). It is citizen driven as opposed to the AU which is run by the governments, whether democratic or dictatorial. UCA has its foundations and pillars on Compassionate Capitalism and has a crystal clear vision of creating a strong middle class and constructing quality infrastructure through the collective and inclusive participation of the citizens as stakeholders.

Charles Dukwe or Mr. Chairman as some prefer to call him is known as the ‘money making machine’ or ‘the man who demystifies billions’. This is because of his numerous money making ventures which has attracted the attention of many people in Africa. Charles Dukwe is a committed youth empowerment activist. He is one of the brains behind and the founding fathers of the ‘Thunderbolt’, an anti-gang and fraternity violence group which has led more cult boys to the knowledge of the positive values than any other organization in the history of Nigeria. Charles Dukwe is one of the major brains behind the UK4Africa initiative. This is the first and only social amenities conglomerate dedicated to the African continent. The organization is headquartered in Belfast, United Kingdom and has offices across Africa. UK4Africa has 11 Empowerment programs which aim to reduce the challenges and improve life in Africa. The 11 programs includes the following:

OBF provides a platform for the poor people in Africa to buy government land and get government documentation on the purchased pieces of land. It solves the perennial problem of home ownership in Africa and reduces the problem of homelessness which is prevalent in most parts of Africa.

CAR CONNECT gives vehicles, trucks, buses, motorcycles and bicycles on credit to anyone in Africa despite their credit history or job profile. It solves a major problem of vehicle ownership. Vehicles in Africa are more of a luxury rather than a necessity as it is in other parts of the world.

NO DROPOUT aims to be the top name for computers and training in Africa. It offers computers and software’s to Africans so as to reduce the levels of technological deficiency in the continent.

E4D provides business capital to entrepreneurs with great ideas without any demand for collateral. This aids in solving the issues of unemployment and reduces the grinding poverty in Africa.

WIE (Women in Energy) It aims to empower women on energy which runs world economies. It also aims to tap on oil, gas, solar, wind and fossils fuel energy sources in Africa.

LECHI is the first automated financial support and international money transfer platform. It will rival Western Union and MoneyGram which have generated billions of dollars in profit in money transfers to Africans from Africans in the diaspora. LECHI seeks to use such profits in helping Africans and developing the continent.

GREY & STRONG seeks to take good care of the aged through offering free or affordable medication to the old who are mostly neglected by government policies across Africa.

FLOW is a credit system mechanism which provides credit registration, credit checks; credit monitoring, credit issuance and credit reporting to Africans. This improves the cash flow among the people and life standards are raised.

FORGOTTEN PLACES improves the pathetic conditions of African slums and rural areas where a majority live. It leverages on lottery and online games to generate capital for such investments.

GLOBAL DEFENDER provides legal help to the average Africans who are often neglected by the expensive justice system. This improves equality and equity before the law.

ITE provides student education loans without conditions for university education. It also assists in internships and work placements for the students and graduates.

Doing the right thing is not negotiable, it must be done, and this is the driving ideology behind Charles Dukwe’s philanthropy and works of charity. Just like the Biblical servant, he feeds those who are hungry, cares for the sick and aged and provides shelter to the homeless. 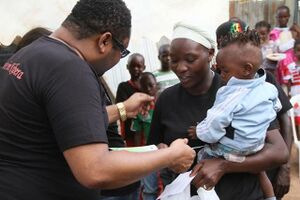 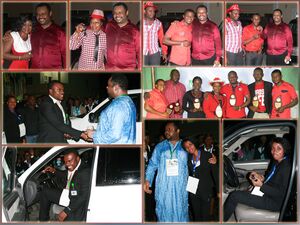 This is a mission he believes is in line with the work of the Lord, a God who is a provider for all and who shows kindness to the less fortunate. Charles Dukwe has fed families in Kenya especially in Kibera slums, given 1000 bags of rice to poor women in Nigeria, built a government road using his own money, bought 12 vehicles for his staff and given funds to Port Harcourt prison. 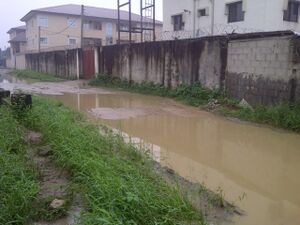 In addition, Charles Dukwe has called for the involvement of the private sector so as to improve the collapsing the education sector in Africa, released unjustly held prisoners in Nigeria, called for elderly support and protection and provided low cost medical services for the elderly.

Charles Dukwe is viewed by many Africans over 300 to be precise and the number is growing as a father. In addition he blessed with two sons-Don and Shawn. His official residence is in Port Harcourt, Rivers State in Nigeria and has a residence in London, the United Kingdom. He has committed the rest of his life to the development of the African continent; a journey he believes will surpass 40 years of active service to the cradle of humanity.

Charles Dukwe has been nominated for various awards due to his exemplary performance in the service to humanity. However, he has only made time to pick the UN Affiliate ‘Ambassador of Peace’ Award. Publications Charles Dukwe is the author of ‘Compassionate Capitalism’ as the key to global peace. He was branded as the ‘African Oracle’ after his public speech on the imminent dangers of greed controlled capitalism and his prediction on the global financial meltdown in Atlanta Georgia, USA four years prior to the recession. Charles Dukwe has in addition managed to be the first African to file 1000 original quotes, not regurgitation and citations, with the US Library of Congress. His literary works include:

• When the Samba Broke

• Understanding your Rights in Nigeria