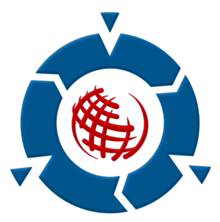 Those of you who have been following this blog will certainly remember the two articles which have been posted here and here about Scott Kildall and Nathaniel Stern's Wikipedia Art project. Kildall and Stern have opened up their project to all artists in a series of Wikipedia Art Remixes, which will be presented as part of Padiglione Internet (the Internet Pavilion) for the Venice Biennale as the Wikipedia Art Embassy.

Akahele is proud to be part of this exciting initiative with two works inspired by the Wikipedia Art project.

Paul Wehage's Cypher Variations : Wikipedia Art Remixed for chamber orchestra is a short two-minute conceptional work. The piece is based around two cells, one of which spells "Wikipedia", presented in the winds/brass/harp/celesta/percussion which has a block-like, rather mandarin quality. The other cell spells out "Art" in the strings, and has a more active character. The two motives almost fit together, but the juxtaposition of B natural/B flat creates an inherent tension which causes them to repel, in the same way that Wikipedia Art was repelled from Wikipedia. The tympani part beginning around 1:00 is the musical illustration of a prominent Wikipedia editor who stated that he danced on the skulls of his opponents.

The work may be heard here.

Wehage's orchestral prelude was then used by Gregory Kohs as the basis of his "Wikipedia Art : a Musical Manifesto".

Akahele encourages other artists to participate in this initiative by creating their own Wikipedia Art remixes, uploading the remixed Wikipedia Art work somewhere on the Internet (YouTube, Vimeo, Flickr, Facebook, your own site), and then sending a link to: remix [at] wikipediaart [dot] org.

The Wikipedia Art logo is reproduced here under a Creative Commons license with the permission of Scott Kildall and Nathaniel Stern.